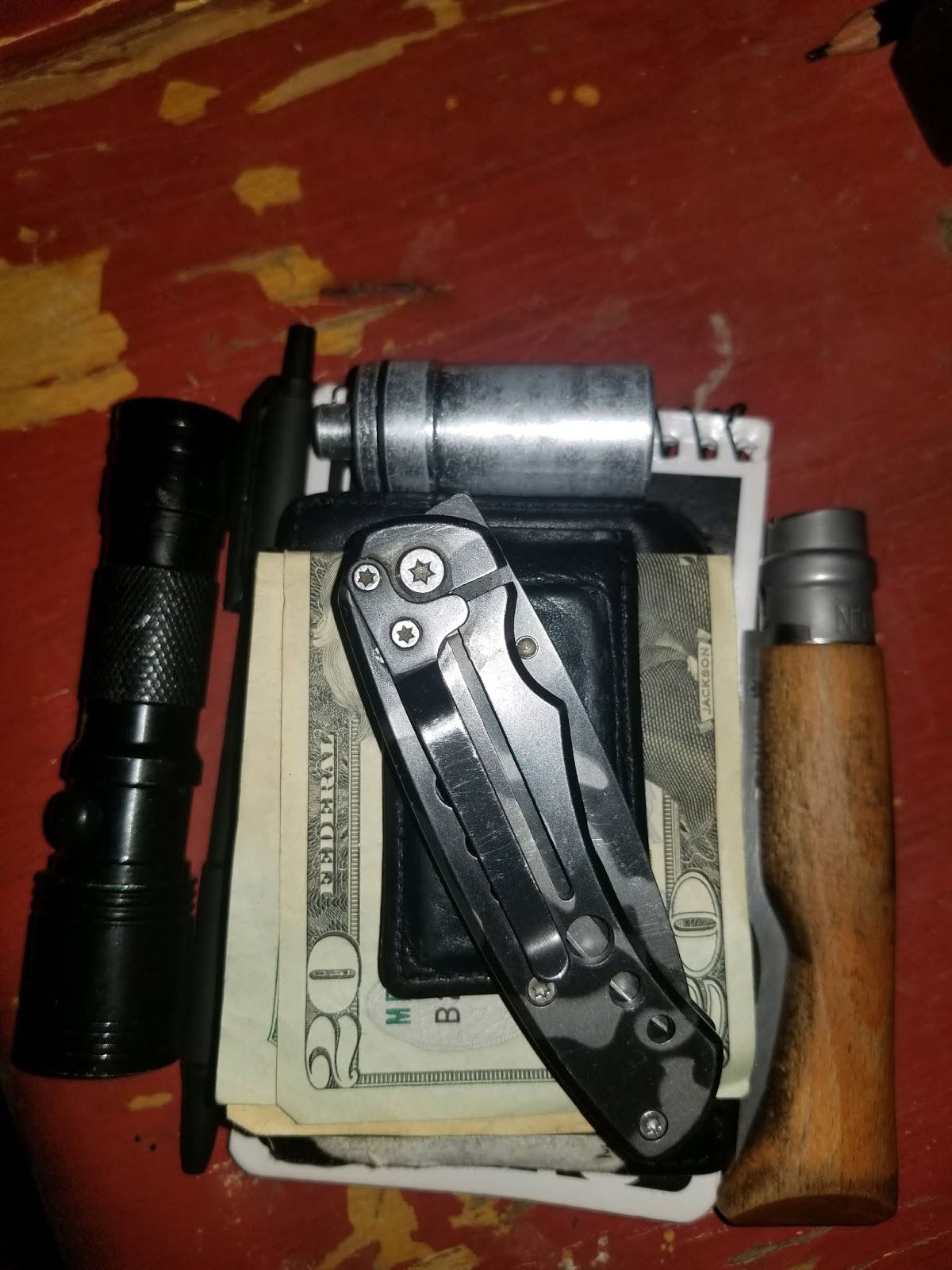 There's always that sinking feeling you get when you end up in an adverse situation, only to realize you are unprepared, not having critical tools you need to perform the task at hand. You may be at work, stuck in traffic on the interstate, or even in the middle of an apocalypse, when you discover that you are SCREWED, that you went against everything you were taught in the Scouts, or on those survival reality shows on TV. You vow to God, yourself, and Bear Grylls that next time you won't be so careless. That you'll never leave home without it again.
Next time, you tell yourself, you will be able to cut that length of rope needed to repel down the waterfall, use a flashlight to signal the rescue chopper once you have located a group of lost children in the gorge, or open that beer that you thought had the twist-off cap.
There seems to be a trend in preparedness going on right now referred to as Everyday Carry, or EDC. This simply means that the participants in this subculture take pride in being prepared in their everyday lives by choosing the best, most utilitarian items to keep on their person at all times, in almost any situation.
Now, this does not mean only the items they can cram in their pockets, because many choose to use carry bags such as fanny packs, or the always popular Man-purse, most of which, by the way, are top of the line. Fashionable, even. Some guys even purchase or make their own wallet type apparatus to contain all of their necessities in one unit. A confession, I have my eye on a few of those myself. Guess I'll have to make my own, because they're currently out of my price range.
These "kits"-- if that's what you want to call them-- can entail most anything you could think of, but the basics are as follows:
Wallets, money clips, knives, multi-tools, flashlights, smart phones, watches, keychains, fire starters, notebooks, pens or pencils, compasses, and cordage.
I could probably eliminate flashlight, watch, notebook, pen, compass, and now, even the wallet and money clip part with my smart phone. Just saying. But being someone who doesn't want to depend solely on technology, I like the idea of carrying a knife, notebook, pen and wallet on me at all times. I'm no Luddite, just old fashioned, I suppose.
Come to think of it, I usually am quite prepared, because I rarely put pants on without shoving a knife in my front pocket, or grabbing my wallet before I walk out the door. I even take a small notepad and pen with me most everywhere I go.
But I do like the idea of the EDC subculture, and I get excited, geek out even, over some of the cool gear that I see on Instagram or its lame, older brother, Facebook. These guys have the right idea in my book. You don't have to be a Spec-Ops guy or gal to gear up and set yourself up for survival in any situation you might encounter. I doubt I'll ever find myself marooned on some unknown island in the South Pacific, or get abducted by a terrorist organization or drug cartel, but if I do, I will have my knife, flashlight, notebook and pen that will write in the rain, in case I need to compose a letter to my family, or God forbid, my last will and testament. I'll even have a keychain with a bottle opener, just in case their beer doesn't have twist-off caps.