September 08, 2019
This is a departure from the regular content on this blog, but when I find something of quality, I want to pass it along to you.
Quality craftsmanship and affordability are what I look for in outdoor gear. I found out a long time ago that you get what you pay for. While this may be true, there are reasonably priced products out there, if you know where to look. That's how I discovered the Opinel knife. 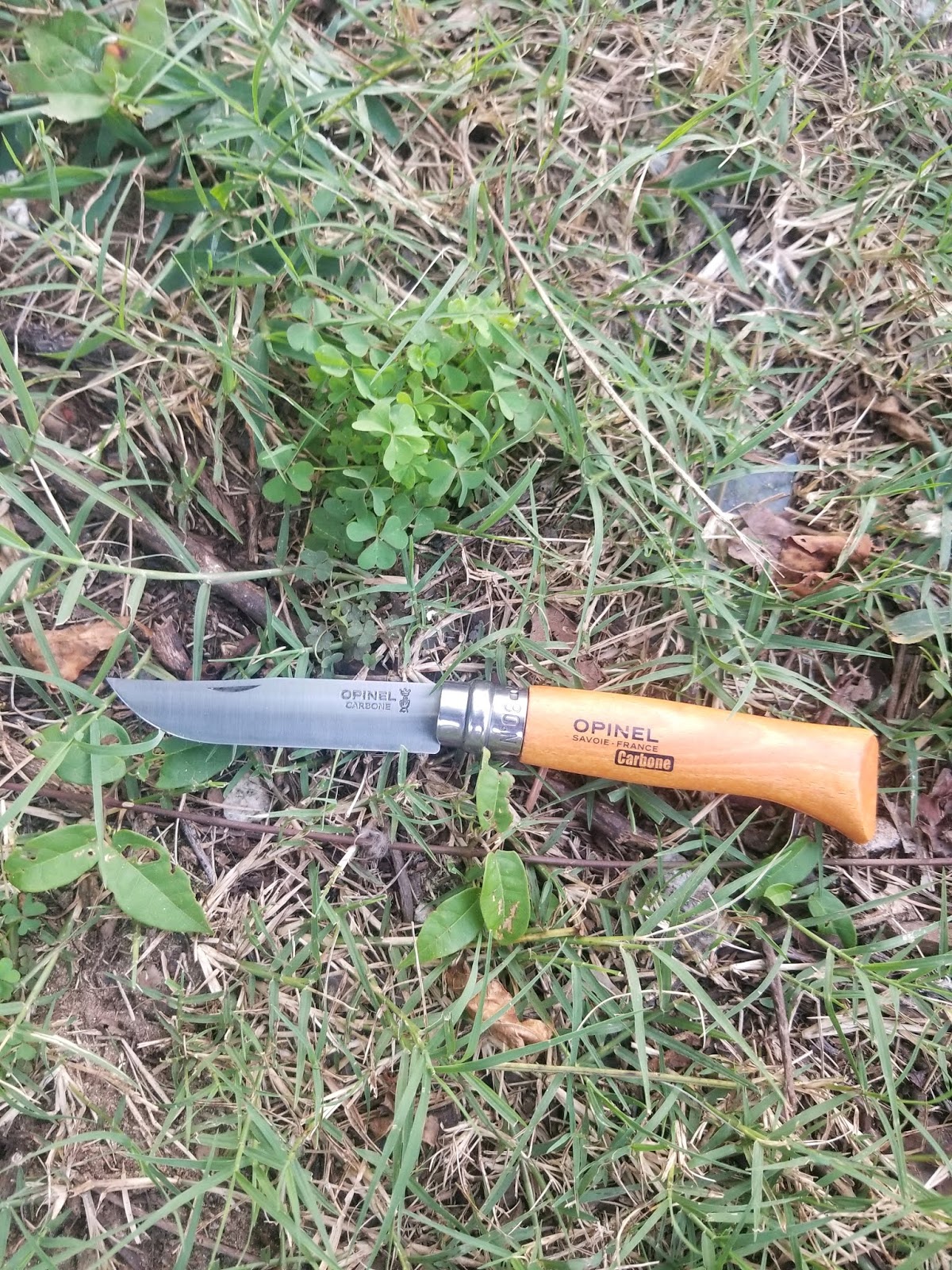 I was looking for a knife that was durable, hard working, and that looked nice. Also, it would be great if it was easy on the wallet. I purchased my Opinel No. 8 at Mast General Store for $15. The simple beauty of this knife caught my eye, and the fact that is was a traditional working man's knife made in France for over one hundred years, convinced me to make the purchase. 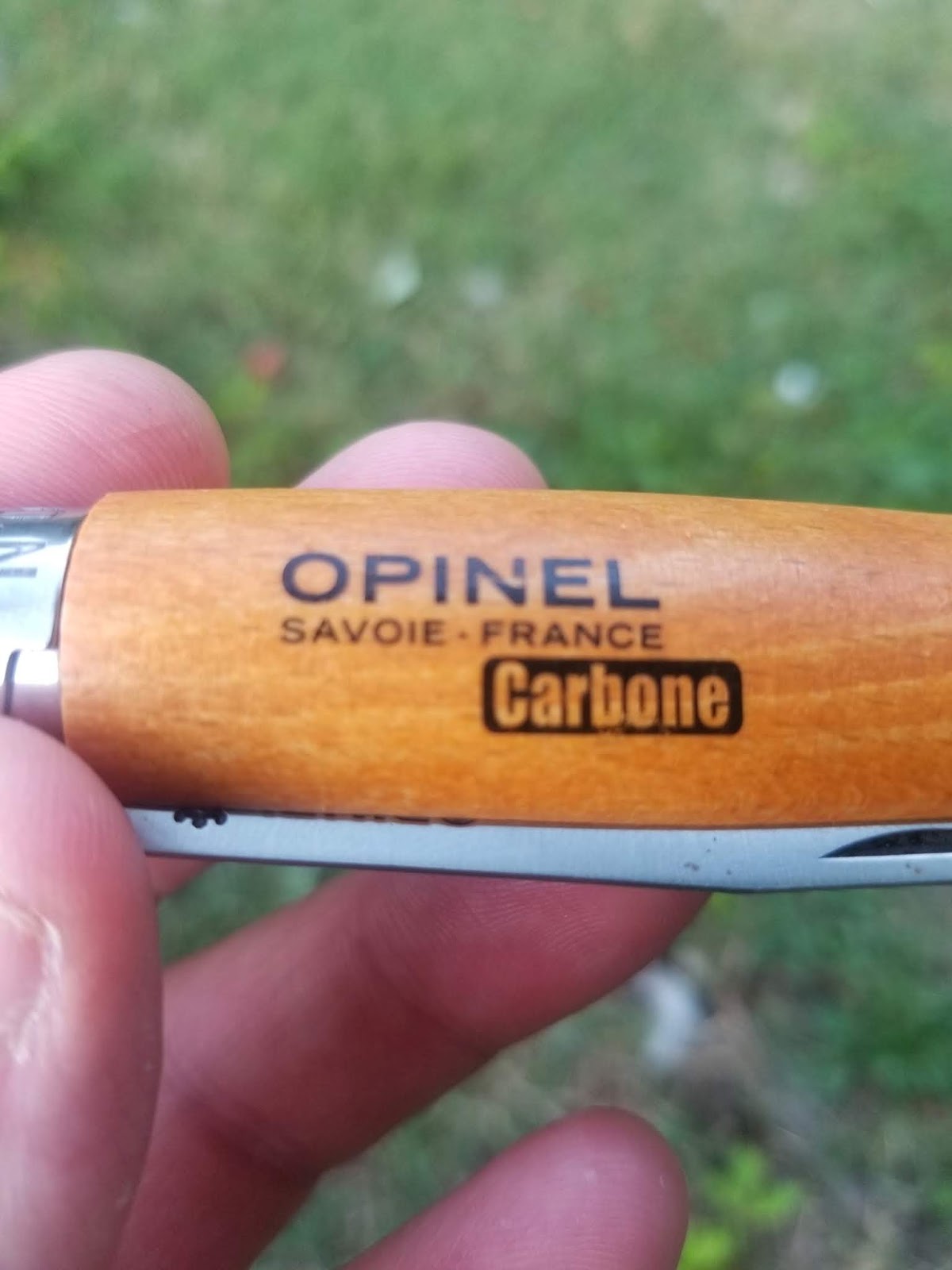 In 1890, Joseph Opinel began making his wooden-handled folding knives in Savoie, France, selling them to farmers, herdsmen, and paysans-vignerons ( peasant winemakers). Soon, the knife became popular with railroad men, miners, and tradesmen all over France. Joseph Opinel produced countless knives, so many that the need arose to mass produce the wooden handles. He set up a factory in Pont de G'evoudaz in 1903, and soon was producing sets of knives in various sizes, ranging from No. 1 to 12.
A farmer in the French Alps would rather be caught with his pants down than to be without his Opinel!
French laborers and craftsmen, young and old, cherished the simple and versatile knife. Soon, the popularity spread to England and the United States, where the knife was referred to as the "penny knife". That was the average cost of an one in the early 20th Century.
Pablo Picasso was said to have used an Opinel in his carvings. Working people and collectors alike valued the beauty and functionality of the knife. 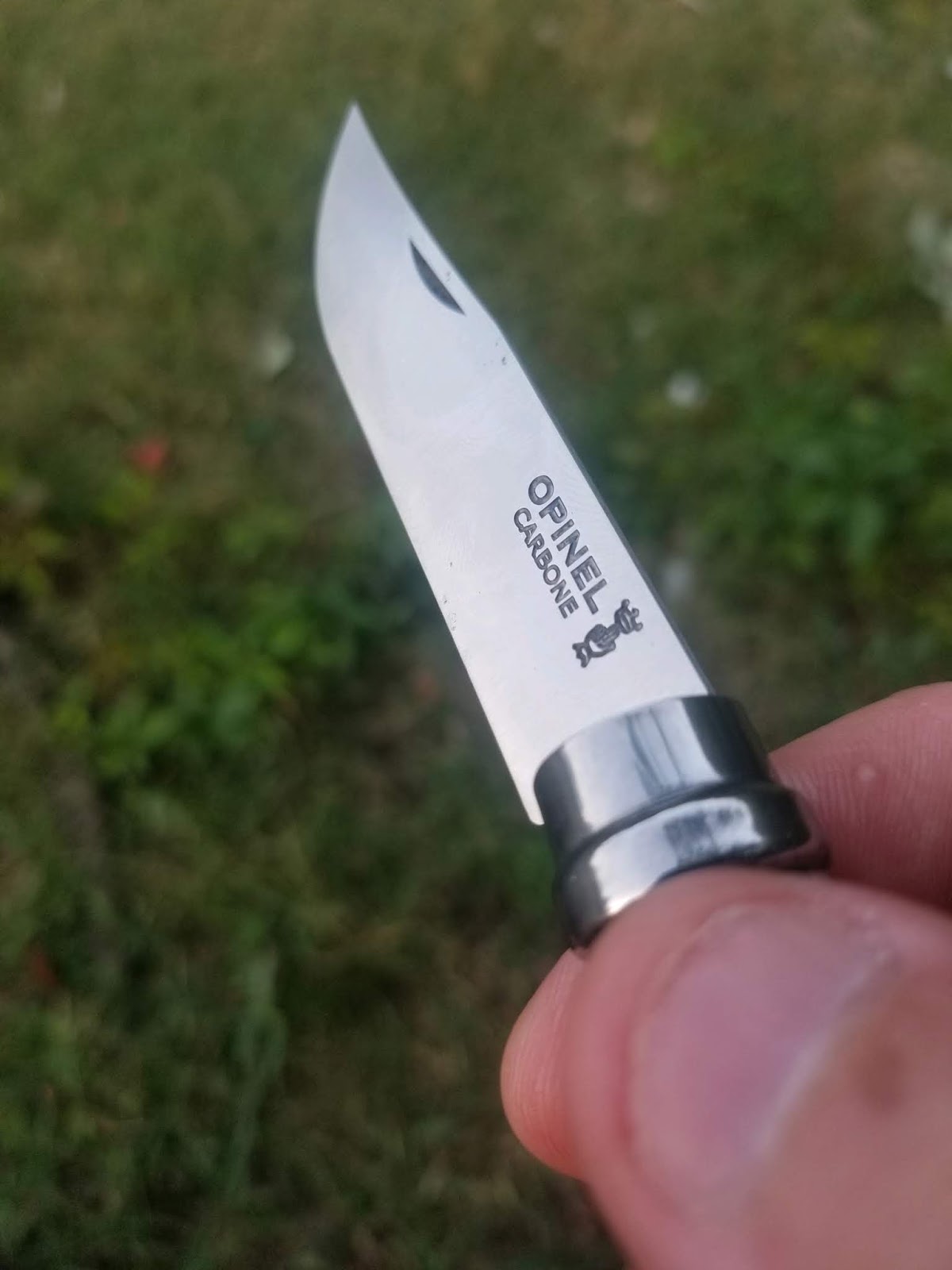 The knife I purchased has a blade made of XC90 carbon steel (carbone). The blade of a Opinel No.8 is 3 3/16" long and has a clip point. The handle is made from birch, and has a light, natural finish, highlighting the natural beauty of the wood grain. The contours of the knife fits perfectly in my hand, and is lightweight, weighing only 1.6 ounces. The handle is 4 3/8" long, and fits in my front pocket without being too bulky.
The Opinel knife consists of only five parts: blade, handle, steel collar around the pivot section, a pin to secure the collar and blade to the handle, and the Vibralock blade lock ring, which twists to lock the blade in either the open or closed position. 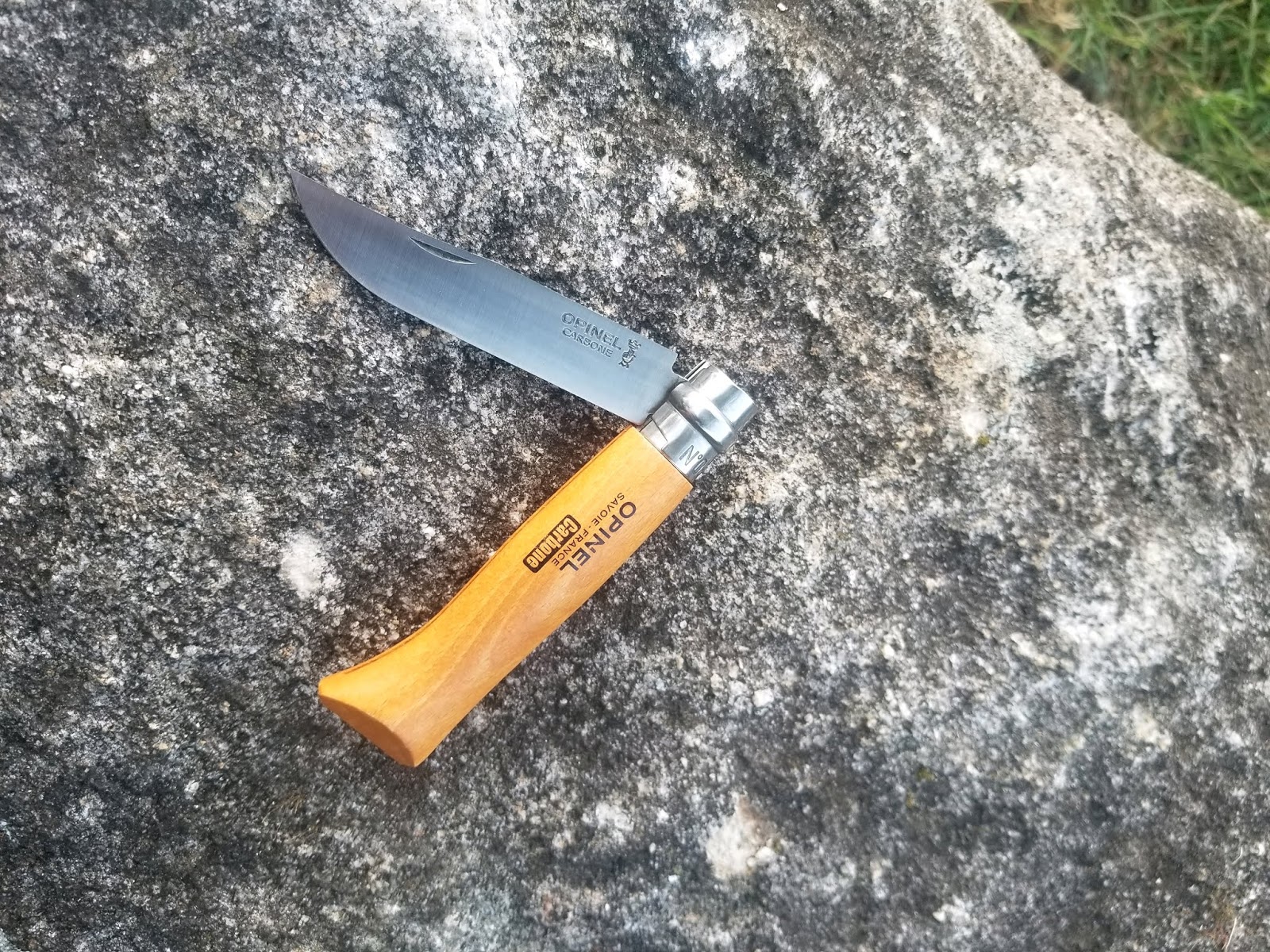 The Opinel is a two-handed opener. Although the blade has a groove for a fingernail, the blade, when closed, is seated deep inside the handle, with the groove barely above the wood. It's not difficult to open the knife, but it can be tricky if your hands are wet or slippery.
A trick I learned from the French is something called the Coup de Savoyard, where you take the knife by the lock portion and bump the butt of the knife on a surface, such as a table or the heel of your boot. This opens the blade just enough for you to pinch the blade and pull it open. The wood of the Opinel will tend to expand or contract, and a good tapping will free even the tightest of blades. A little oil every now and then helps, too.
The Opinel blades come in either carbon steel or stainless. I chose the carbon because the durability and ease of sharpening. It is true that carbon blades will rust with use, but I love that nice patina you end up with over time.
The handles come in a variety of wood material, too. Handles made from walnut, oak, and exotic woods such as bubinga, zebrawood and olive wood are available to order. Modifications are often made to stock Opinels, whether it be to the shape of the blade, or cutting away part of the handle section for ease of opening. These knives really are works of art.
My Opinel No. 8 is quickly becoming one of my favorite knives, and currently, it has become my EDC (every day carry).
From slicing an apple to cutting tender sticks for fire making, this knife is an all-around outdoor knife. Whether preparing food, cleaning fish or skinning small game, the thin, razor sharp blade is perfect for any job around camp. Even sparking flint with the back of a closed blade is possible, if you know what you're doing.
Not only is this knife a economical bushcraft knife, but it is just as handy at opening a envelope or cutting that big pricetag off that flyrod before your wife sees it, as it is butchering big game.
Opinel knives have even gained quite the following on Instagram. Be sure to check out the hashtag #opinel or #opinelknives sometime. People from around the world are finding value in the beauty and versatility of these knives, and sharing their knife photos on social media. You might even see my photos on there.
Until next time...