Passing On the Hunting Tradition

At ten years old, it was nearly impossible to sit still on the cold, hard ground beneath a huge pine tree, beside my dad as he scanned an old hayfield in search of deer. I was bundled up in his old camouflage coveralls—which were big enough to swallow me whole—and the boredom had started to set in by 9 am. I busied myself, playing with sticks and pinecones as I watched the occasional squirrel or songbird that would come to check us out from a safe distance. It was a cold December morning in Greenwood County, South Carolina, and despite the extra layer of clothing and my thermal underwear, I was shivering, hoping that soon my dad would give up and we would retreat to the comfort of the heated cab of his pick-up truck. I sat back against the tree and pulled my blaze orange stocking hat down over my ears, and drew my head inside of the coveralls to warm up. In just a moment, I was jolted by the thundering blast from my dad’s .58 caliber muzzleloader, and I popped my head out just in time to watch the smoke clear. There in the briars at the edge of the hayfield, lay the biggest deer that I had ever seen.

Dad leaned back against the tree and rested the rifle across his lap. I could hear the faint rustling of dried weeds, and then everything fell deadly silent. After a few minutes, my dad stood and motioned for me to follow him down the hill. He nudged the buck with the muzzle of his gun, and assured me that it was safe to approach. I reached down and wrapped my hand around the base of one of the antlers.  I ran my fingers along the twisted grain of each tine as I counted them. The buck was an eight- pointer, not what many hunters today would consider a trophy, but to me at ten years old, it may as well have been an elk.

I helped my dad drag the deer down to the edge of the woods that bordered the hayfield. He drew out his old Buck knife and went to work, field dressing the deer with surgical precision. He allowed me to assist him as he bled the animal and removed the entrails. I had skinned squirrels and cleaned fish many times before, but this was a whole other experience. I could feel the body heat and see the steam rise from the carcass. At first, I didn’t think I could stomach it, but with Dad’s encouragement I dove in and got my hands dirty. It was a rite of passage into my father’s world. He was initiating me, just like his father did him, into the life of a hunter. 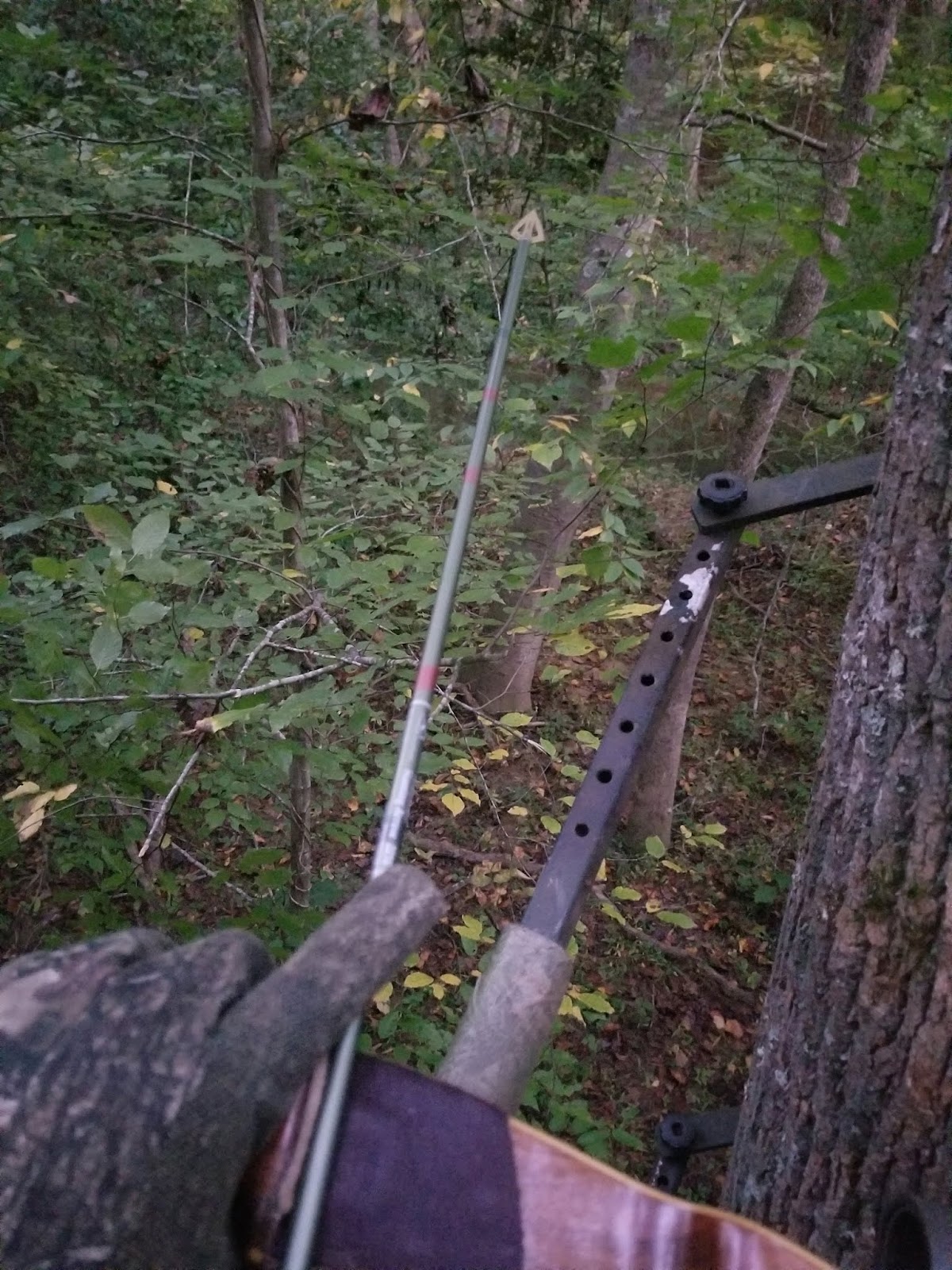 Since that day so many years ago, I can feel the sting of cold on my skin and smell black powder smoke hanging in the air. I remember standing there with Dad, over the deer he had just killed, and the look of quiet satisfaction on his face.  My father didn’t celebrate; instead he admired the animal with honor and respect. Of all the lessons he taught me, in both hunting and in life, it was that reverence for wild things and the land from which they came that made the greatest impression on me. I was fortunate enough to have a father to teach me about woodsmanship, and to respect the animals that gave their lives so that ours could be more abundant. My father had learned this respect from his father, and he from his. The tradition of hunting and fishing goes back in my father’s family to colonial times. Their lives, like so many others of their day, depended on what they could raise, harvest, catch or kill. Our ancestors had a strong tie to the land, and they knew what poverty and famine was like.

What we take for granted when we go into the field today, was a matter of survival to the ones who came before us. I believe as hunters, part of our responsibility is to preserve this time honored tradition by passing it on to the next generation. Not only should we introduce our children and grandchildren, nieces and nephews to the sport, but also anyone we might encounter who would have an interest in the outdoors. There are certainly many hunters in the field now that didn’t have a father or uncle or brother to teach them the basic principles of the sport, either coming to the sport on their own, or through the influence of a mentor. By sharing your knowledge of hunting with a beginner, you are doing your part to promote and preserve the sport, as well as helping someone else become a better, more well rounded person.

From the time of that first deer hunt with my father so many years ago, I have recognized the importance of sharing my love of the outdoors with others. When I became a father myself, I was determined to pass on what I had been taught to my own son. By no means was I an expert on the sport, but I was eager to share what I did know with him from an early age. I bought him a Daisy Red Rider for Christmas one year, just like my dad did when I was his age, and he soon became a dead-eye shot, which didn’t turn out so good for a few birds in our back yard. After several lessons learned about safety and responsible use of guns, and days alongside me, roaming the woods, learning the habits of animals, my son eventually graduated to a .22 rifle and bushy-tails  in the treetops. Squirrels were his introduction to hunting, as they were for me as a young boy. Soon enough, he was tagging along on deer and turkey hunts. Hopefully someday he will have the same opportunity to share his knowledge and to keep the hunting tradition alive. 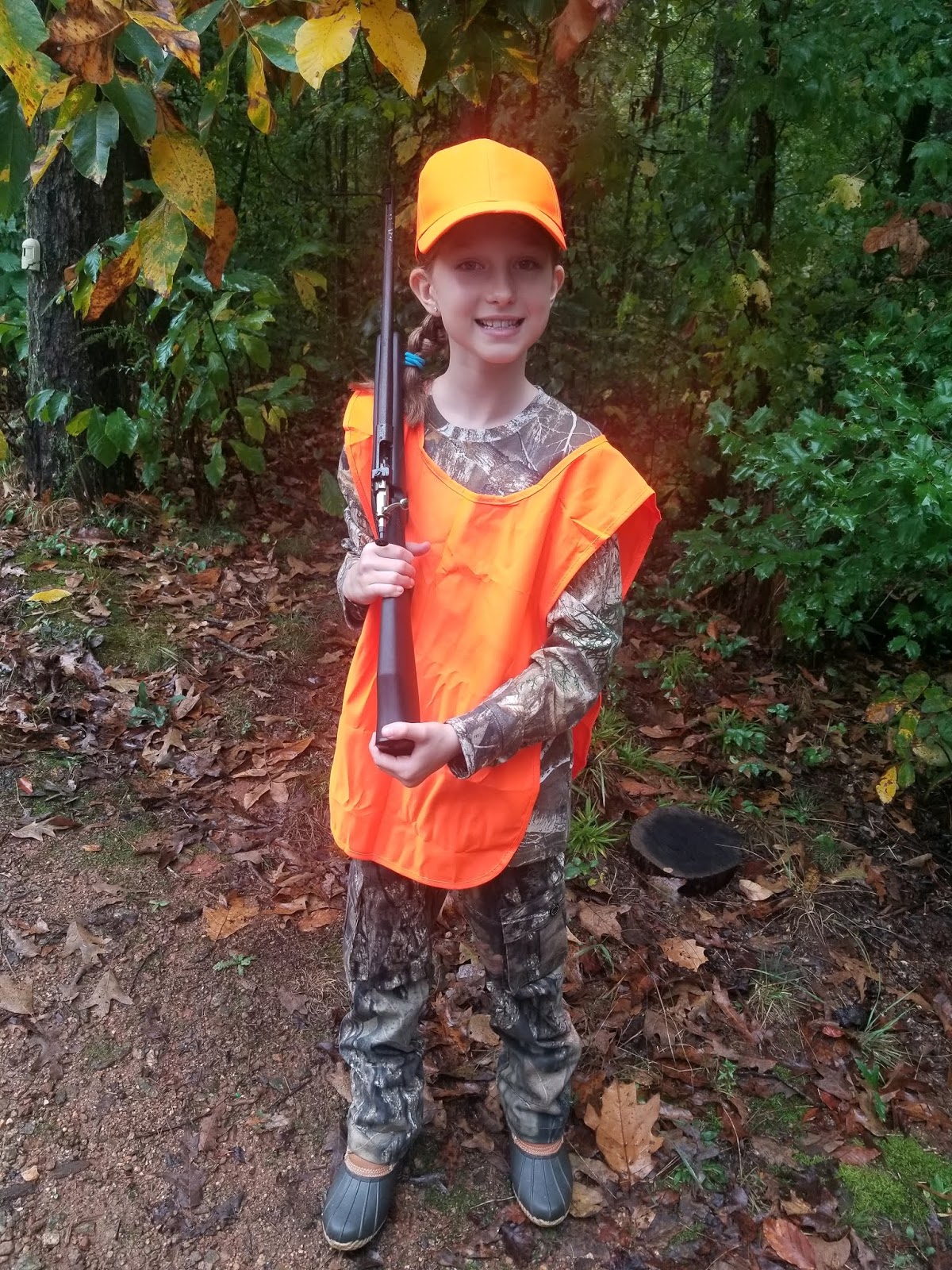 This hunting season, I have the opportunity to introduce my daughter, Aubree, to the sporting life. She asked me to take her squirrel hunting, just like her brother did at her age. We bought her some camo and a blaze orange vest and cap. Chase handed down his first squirrel rifle, a model aptly named the Davey Cricket, to her. The three of us spent time going over gun safety, and taught her how to shoot. She surprised us both, and soon she was ready to hit the woods.

It is up to me to present the hunting lifestyle to her in a positive manner. She needs to know that hunting is not about killing, nor is it about the perfect shot, or how skilled one has to be to match wits with a wild animal. Sure, it is all part of the deal, to some extent, but what is important for her to see is my reasoning behind why I do what I do. When she asks the question, Why do you hunt? I will be able to tell her. I want to show her how our experiences hunting can make us better human beings.