Charlie offered his hand to the boy, hefting him onto a boulder from which they could peer down into a deep pool, where trout were likely to hold on overcast days like this one. He held up a tiny fly, with stiff gray hairs whorled around the hook’s shank and two sharp green feathers like wings laying down its back. The boy had his mouth open slightly, his big brown eyes trained on the bug his grandad had crafted from bits of animal and bird. Charlie carefully and deliberately dropped the fly right where he wanted it, making only a slight ripple on the surface of the dark pool. The fly drifted down, disappearing into the shadow of a rhododendron.

The line turned and straightened and Charlie lowered his rod tip, following it until he felt a twinge, then with his other hand he gathered free line and pulled it tight as he lifted the rod tip in one quick movement. The boy squealed and laughed, saying, "You got him, Papa!"

Charlie told the boy to hold out his hands, and in them he placed a fish, the prettiest fish the boy has ever seen. The brook trout was no more than four inches long with a mossy green back, speckled with red and yellow spots.The boy let the small trout slide through his fingertips, back into the mysterious world from which it came. 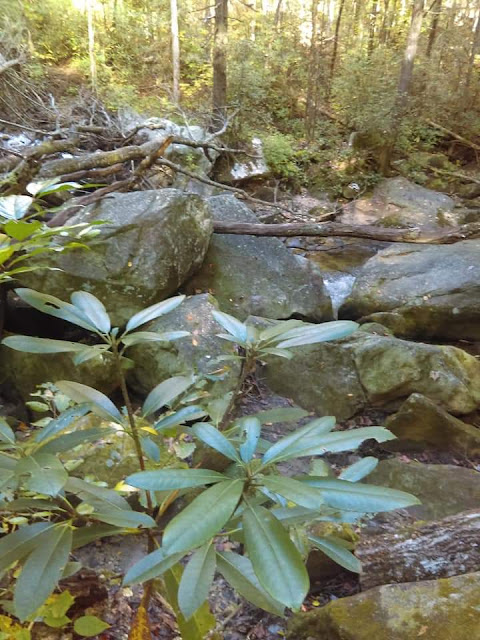