Yesterday, as we traveled the Cherokee Foothills Scenic Highway near Gowensville, we were amazed by the contrast of seasons on display in the landscape before us. In the foreground was the magnificent pink blossoms of peach trees in full bloom, with the ancient hills of The Dark Corner, covered in a dusting of March snow, as a backdrop. The mountains were shrouded in gray clouds near their peaks, making them look higher than they actually are. We didn't have a good camera with us, just the ones from our cell phones. I did manage to slow enough for Melissa to take a quick, off-handed shot with her phone. As usual, we were in a rush to get from one engagement to another, and didn't have time to stop for a while and take it all in. 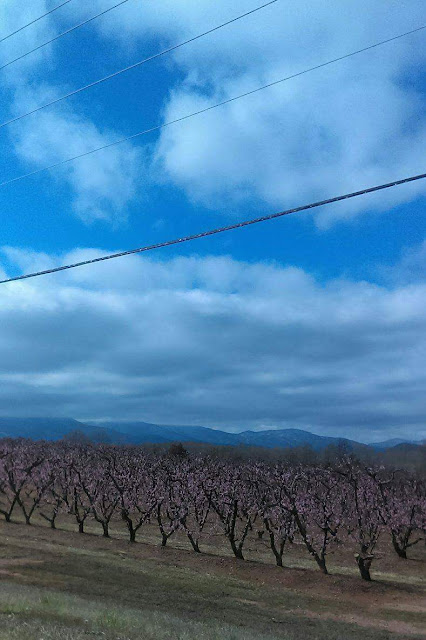