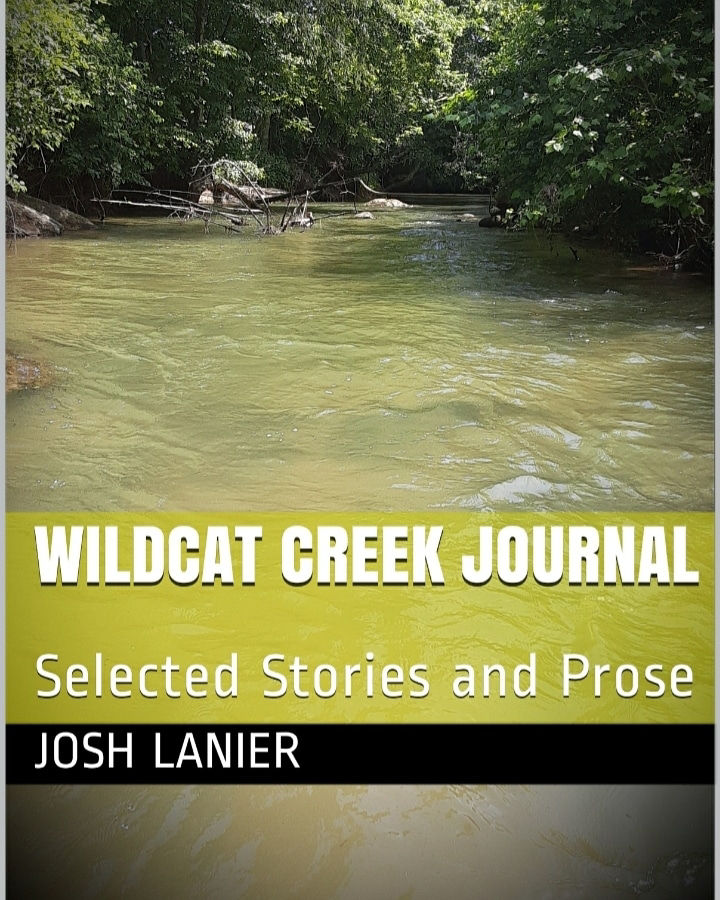 My book, based upon the posts on this page, is now available on Amazon. Thanks for reading my posts, and check out the book if you have the chance. Don't forget to leave a review on Amazon once you've read the book. It will help my rankings tremendously if you do. I appreciate your readership. New content coming in the days to come.
Right now, I am working on material for my next book, some of which I will be sharing on this blog.
Thanks,
Josh Lanier
Here is the link:
Wildcat Creek Journal: Selected Stories and Prose