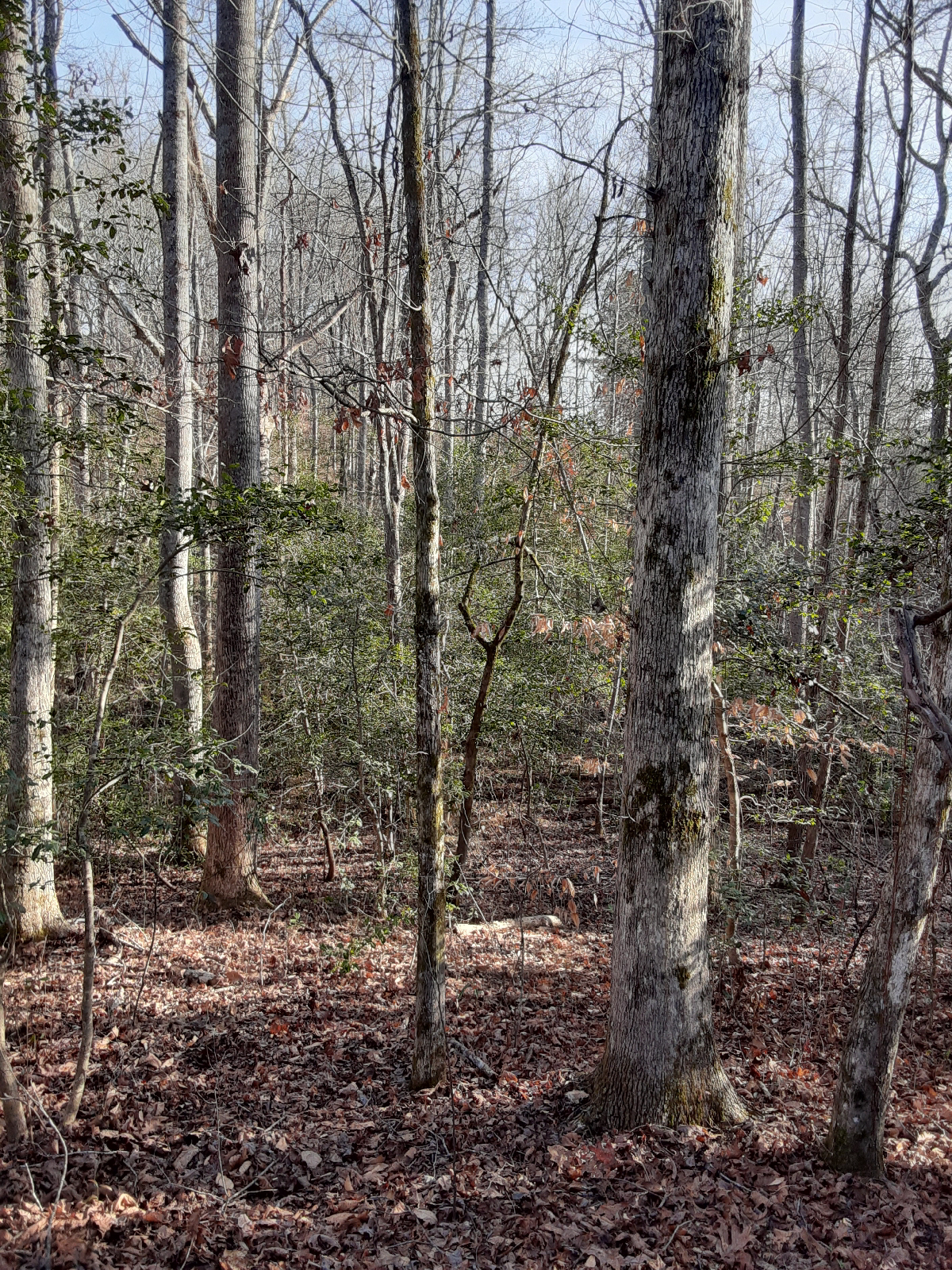 This morning a thick frost covers the ground, and wild geese echo through the hollow with a resounding cadence, ushering in daylight and what warmth it will bring with it as they spiral downward into the slough among the standing dead of flooded timber.
Up on higher ground, robins and warblers and sparrows fuss and scratch in the leaf litter beneath the beeches, red cedars, and buckthorns. A bright male cardinal scales the branches of a holly tree, plucking selectively the bright red fruit that nearly matches the bird's own scarlet plumage.
High in the top of a white oak on the hillside, a pair of gray squirrels chase and tumble up and down limbs and tree trunks, launching their weightless bodies from tree to tree, running a maze of intertwined branches, until another one joins in, and yet another. Alas, the struggle ends in a deadlock, and each returns to their business, digging in the deep leaves on the side of the hill and grinding teeth on the steel hulls of hickory nuts in the boughs of the towering trees.
Over the field on the other side of the slough, a murder of crows climb and fall in a raucous formation, loud caws and shrieks of both terror and hatred indicates something stirring in the overgrown broomsedge and brambles that rattle the flock of crows, arousing something primal, something imprinted in their DNA since primordial times. 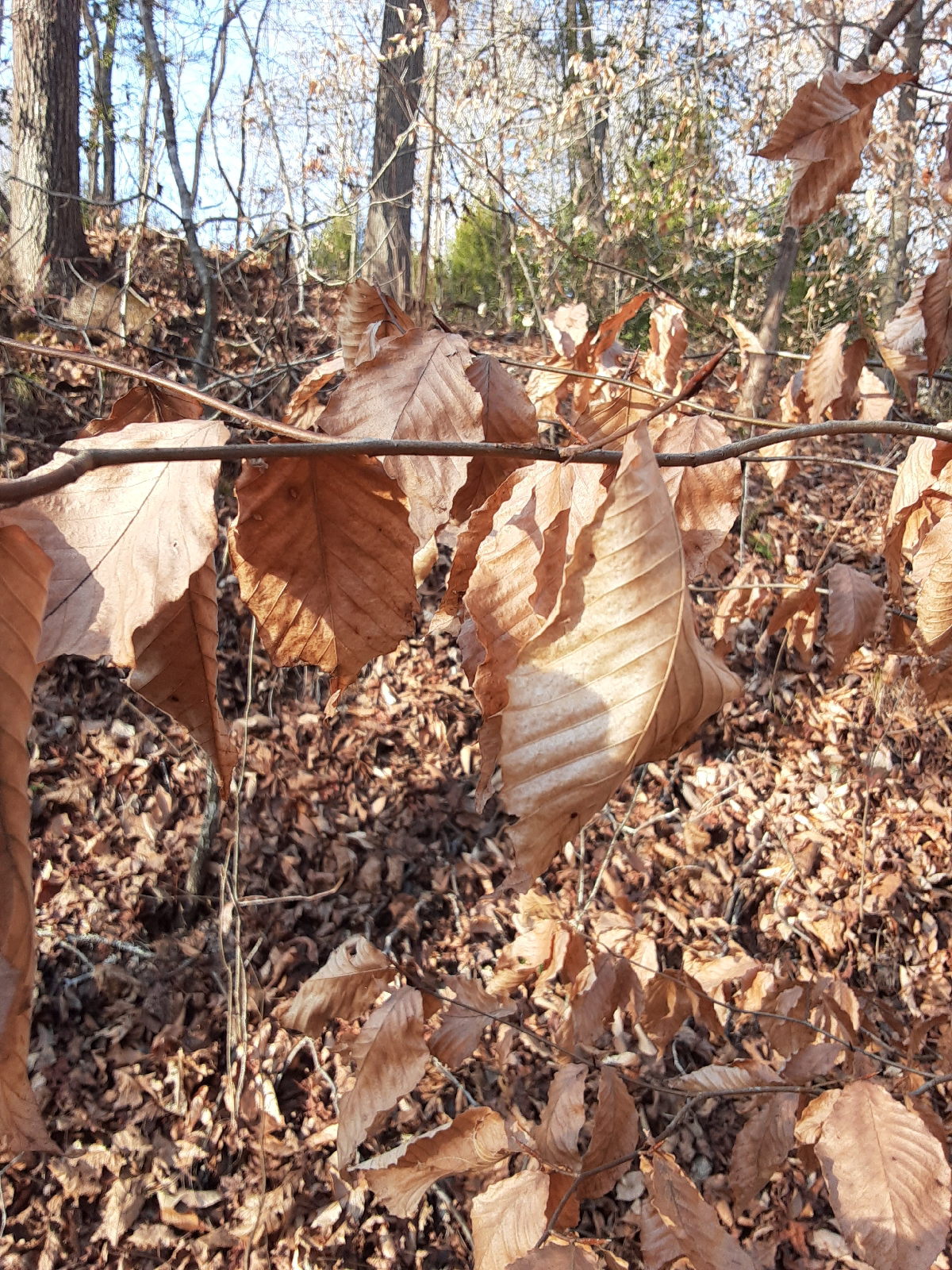 The curled, brown leaves of the beech trees begin to tremble as the invisible fingers of soft wind currents animate each one, and like paper chimes, they ring in unison a low vibrato hum. As the wind picks up, the tall pines on the hill make their own distinct sound as they breathe the secret, sacred, and mysterious name of the Creator.
Meanwhile, the human animal is waking inside of its protective den of wood and stone. Sheltered from the weather in its home, peering out the glass at the cold morning reminds it of just how naked it is, and tightening the cincture of its robe, shuffles flat-footed to the coffee pot to gather warmth.
As the coffee makes, the human animal scrolls through the newsfeed on its phone, as if looking for a reason to be outraged, offended, or justified in its beliefs. After the coffee is poured, the television is turned on, and the sounds and images give the illusion of a connection to the outside world. What the human once looked to for occasional entertainment and information has now provided yet another distraction from finding its true place and purpose on this earth.
Discontented with its current state of existence, the human animal searches for meaning in its technological world. Instead of introspection, the human relies on politics, science, and religion for answers to what it should think or feel or do. But deep down, the human has a mysterious longing for something more, it just can't quite put a finger on it.
Refilling its coffee cup, the human peeks out the kitchen window. It still looks cold and hostile, but the sun is out for the first time in days, and birds are feeding beneath the shrubbery in the yard. Perhaps after coffee, the human will put on an extra layer of skin, and venture out, just to get a little fresh air and maybe some exercise. And maybe, just maybe, find its place in the world.