Two hours before sundown, I found a place to sit among the trees, one last time to hunt for deer. I made myself a rock or stump, and soon I was forgotten. The woods slowly resumed business once more, and I'm only part of a tree, a protrusion of the leafy forest floor. That was until two sharp- eyed squirrels saw me wipe my nose, then they made a point of alerting everyone else of my presence. The pair cried and scolded me until they were certain I wasn't a threat, which took a half hour for them to determine.

Moments later, a nosy finch landed on the tip of my arrow, and watched for my reaction. His beady eyes pried my every feature, trying to figure out if I was alive, or dead, but I remained stone still. To shew him away would've been a sin, so I allowed him to remain there, keeping me honest. The loud rustle of leaves on the hillside quickened my pulse, and the tiny bird flitted away. I watched patiently but couldn't see anything from where I was. Probably those same noisy squirrels, I figured. With only thirty minutes of daylight left, the realization that it was over for this year sank in.

My days will soon be filled with other activities, and I'll start counting the days until next autumn. I shouldn't complain, there are many who would love to just sit in the woods and watch the sun go down through the trees, but their health wouldn't let them. In that moment, I whispered a word of thanks.

Light fades fast in this valley, so I gathered my things. I slid my arrow back into its quiver, and stood in the darkness, peering into the canopy at the tops of trees stretching toward the evening sky, content. 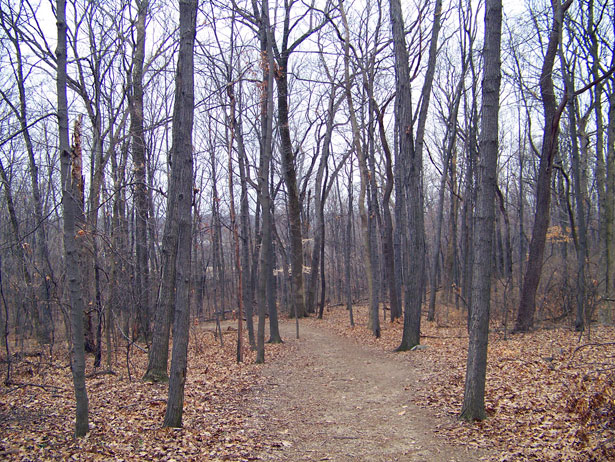